It’s been a while since I haven’t posted anything. Well, I’ve been busy. Busy falling in love. Falling in love with that “fifty shades of fucked up” man named Christian Grey…

At first, I didn’t really think that I was going to like it. Gaelle made me think that I was going to be shocked and stuff. She was kind of right though. And I’m sort of shocked that I haven’t been shocked. I mean someone like me was supposed to be horrified by this book. Instead I fell in love with Christian Grey right from the start. I’ve been amazed by that man since the day Anastasia fell in his office. I was kind of surprised when I discovered his playroom but I said to myself: “Nobody’s perfect”. Christian is hot, good looking, and full of cash. We had to find a flaw somewhere! lol

Also, at first I kind of felt related to Anastasia Steel. A Young woman, Kind of innocent, stubborn, and independent with a “smart mouth”… She sure wants to pay for what she owns. That’s what I like the most about her. But hey I don’t think that I will ever agree to have sex with any sado-maso millionaire… That’s being said, I’m glad E L James brought me another male figure to fantasize on. My princes charming were getting old.

Even if Christian is a control freak he’s still the sweetest man everrrr! I like most of his lines. They’re kind of roughly-sweet. I remember him saying: I don’t do dates. I don’t do girlfriends. – awww… melting. – But my favorite line remains his famous: “I don’t make love. I fuck… hard.” And his bitter-sweet humor is just awesome! Ok… That’s enough Daphney! But one question: Do females really orgasm like that I mean… just like that? And better yet, do they really do it on demand?

Well, I can’t wait to watch the movie that they’re planning to make out of the book and see how “porny” it gets. Meanwhile let me share my dream cast with you: Well, Ian Somerhalder HAS TO BE Christian Grey. As a matter of fact, you cannot spell Christian without Ian. – I saw this on the internet but hey that’s so true – Every time I try to imagine what Christian could look like, Ian’s face is the first – and actually the only – one that pops up in my mind. Ian is my favorite actor. The guy is so damn hot, so dark, and so dastardly-but-charming!!! He’s just got to be Christian. And if he doesn’t get the role… well he’s always going to be my Christian Grey!  That’s being said Matt Bomer and Henry Cavill look hot too… Lucy Hale could make a good Anastasia. She’s beautiful and talented and I’m sure she can look oh so innocent if she has to. 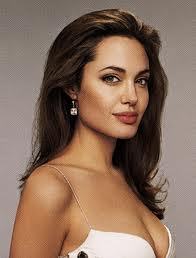 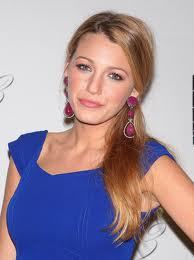